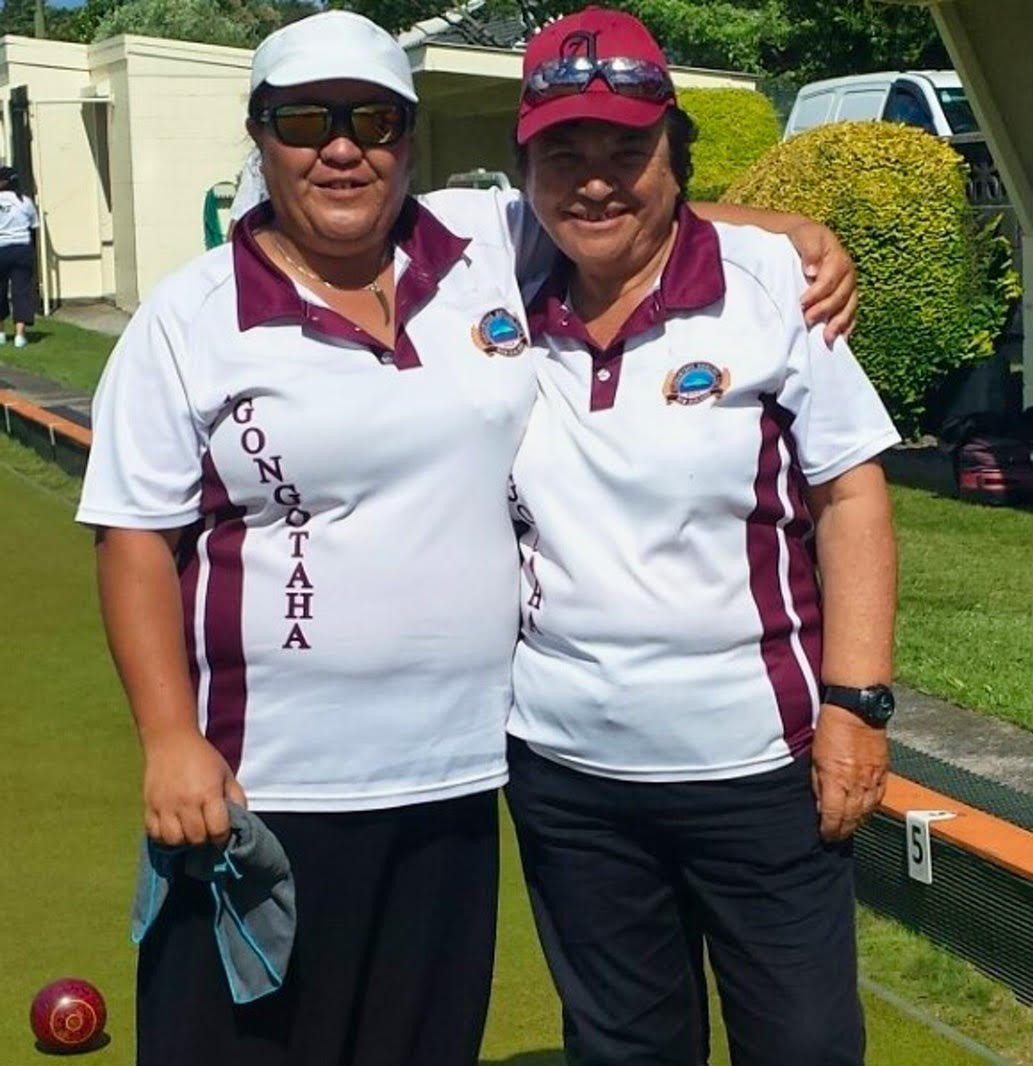 PK Tamehana, left, and Mere Eden took out the pairs final in a tense finish.
go back

Tamehana and Eden show their class

Past Bay of Plenty representatives, PK Tamehana and Mere Eden (Ngongotaha), showed their class and resilience in winning the Bay of Plenty women’s pairs close to home at the Arawa club.

They withstood a late challenge from the consistent and equally experienced pairing of Wendy Green and Lynette McIntosh (Taupo) to win the final 17-16.

Tamehana and Eden led all the way before the Taupo pair clawed their way back and levelled the score 16-all on the penultimate end. Ngongotaha skipped from 4-1 to 8-1 with a four on the fourth end but Taupo picked up five shots on the sixth end to draw closer at 7-8.

But Tamehana and Eden forged ahead 14-8 before Green and McIntosh mounted another challenge and collected a vital three shots on the15th end to draw level.

The unflappable Eden drew the shot on the final, tense end and with her final bowl Green tried to run it out but instead nudged outher close second shot.

Tamehana and Eden had to withstand plenty of pressure in their semi-final, beating Tauranga South’s Janice Paap and Gayle Duncan17-12, while Green and McIntosh were too strong for Te Puke’s Emma Barber and Lynda Copeland 19-10.

Eden, playing the unfamiliar role of leading rather than skipping, was decisive with her consistent draw play, often setting up the head for Tamehana to apply the finishing touches, even if it was only covering.

Then men’s pairs is yet undecided, with the composite combination of Dan Dickison and Nick Tomsett playing Ohope’s Mark Sarginson and Des Connor in the final at a later date.

Dickison and Tomsett, making the most of good fortune, beat defending champions John O’Shea and Lance Tasker 14-12 in the semi-finals,while giantkillers Sarginson and Connor overcame a gritty Lance Hoete and Michael Staite to win 17-13.

The highly-favoured Dickison and Tomsett were on theback foot in their quarter-final clash with Matua’s Jim Martin and Richard Guy, till Dickison played his last bowl on the 15th end after being behind for the whole match.

The Matua pair held two shots to go three up playing the last end and Dickison’s weighted shot was narrow. But on the holding Arawa green, his bowl clipped the back end of the kitty and squirted to two of his team’s bowls. Dickison and Tomsett held onto the final end to win 16-14.

Sarginson and Connor had a run of two threes, a four and single to pull back an early lead by Hoete and go ahead11-4 after seven ends in the other semi-final. The Ohope pair remained in control with leads of14-8 after 11 ends and 17-12 after 15 ends.

The qualifying in the men's and women's events featured many upset results, with numerous favoured pairings failing to reach the second day.