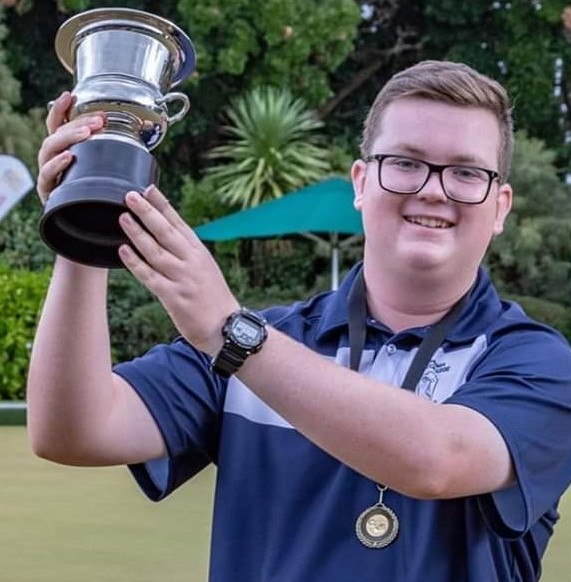 Tauranga South's talented 19-year-old Anthony Ouellet put in a meritorious performance by finishing third equal in the top section of the Burnside under 26 singles in early October - but he still reckons winning the national secondary schools last season is a bigger buzz.

Ouellet, in his seventh season of bowls, said winning the secondary schools singles felt awesome. "The under 26 singles is up there for sure; on paper it's difficult, and it's probably the next one of my highlights, to be honest."

He showed he was in the top echelon of the most promising players in the country, beating more well-performed bowlers along the way, and only just losing the semi-final in the top section at Christchurch.

In the quarter-finals, Ouellet powered past NZ Development player Richard Hocking 21-12 and then frustratingly lost to Papakura's Adam Baillie 21-20 in the semi-finals.

Ouellet was 19-11 down and clawed his way back to lead 20-19. On the final end, Baillie drew a close bowl and then Ouellet knocked a second one in on the draw. He drove with his final bowl to clinch the win but just missed.

Ouellet's ultimate goal is to play for New Zealand but first he has established a list to climb closer to his dream: Make section two of the Burnside under 26 singles (beat that); qualify for the national singles and pairs (yet to do that); and become a regular member of the Bay of Plenty representative team (he's played once).