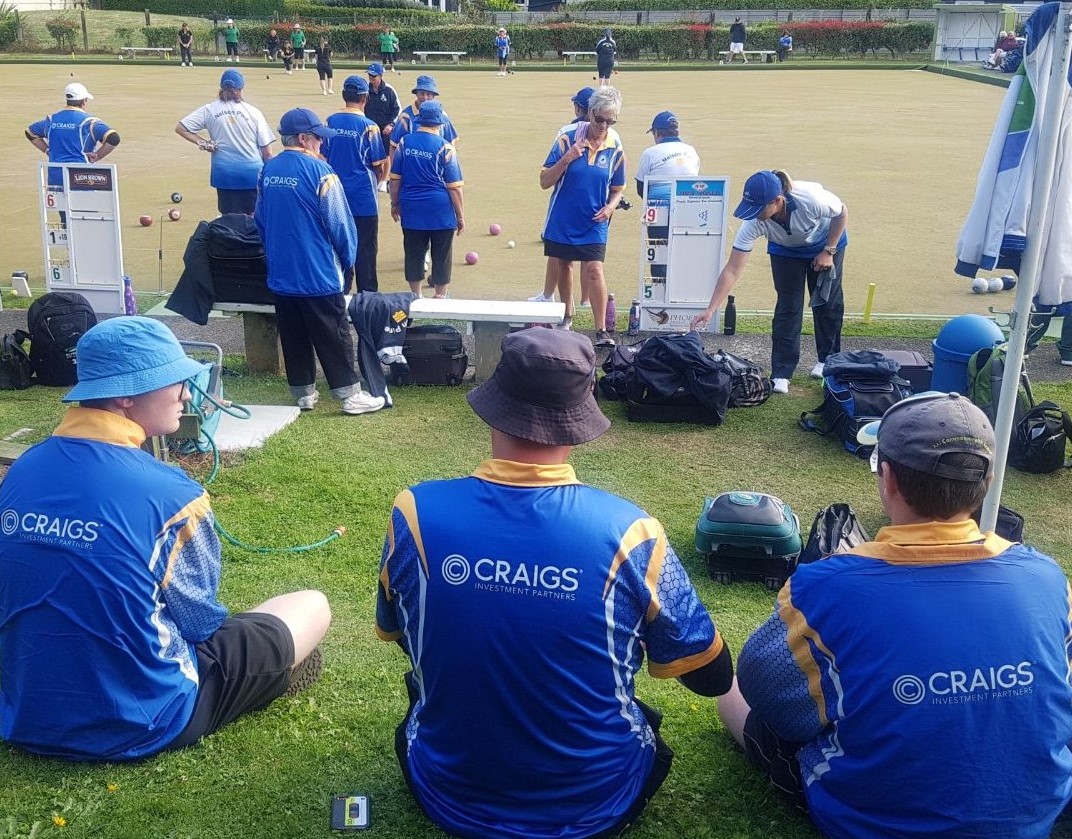 Building a team culture was one of the main goals for the Bay team against the visiting North Harbour bowlers.
go back

Bay of Plenty overcomes North Harbour for the second time

For the second year running, the Craigs Investment Partners-sponsored Bay of Plenty got the better of North Harbour in their representative clash at Katikati on January 15.

The match points in the men’s and women’s Premier One and Two contests were all locked up after the morning first round.  But Bay of Plenty powered away in the afternoon to total 14 wins against North Harbour’s 10.

There was some experimentation with player changes between rounds as the teams looked to find the best combinations for the important national inter-centre championship on the North Harbour greens in mid-March.

“I wasn’t too worried about the final outcome,” said selector/coach Gayle Melrose. “I wanted to see how the players worked together and to build a good culture within the team.”

The Premier One teams shared the games 3-all in the first round. In the singles, John O’Shea fell behind early against Bart Robertson and lost 11-21, while Mary Campbell was too strong against a fellow former international Wendy Jensen, winning 21-7.

Nick Tomsett and Nathan Arlidge always had the edge over Harbour’s Graham Skellern and Walter Howden, winning 21-14; and Wendy Green and Lynette McIntosh (replaced in the latter ends by Debbie White after being struck by a bowl) beat Lisa Dickson and Theresa Rogers 19-15.

The Bay men’s four of Dan Dickison, Steve Hughes, Steve Beel and Cliff Webber romped out to a 13-2 lead over the Simon Poppleton-skipped Harbour combination. The visitors made a gallant comeback before the Bay closed out the match 13-10.

O’Shea turned the tables on Robertson in the second round singles, this time taking an early lead and running away with a 21-6 victory. Hodges stepped into the lonely spot and beat Jensen 21-15.

Dickison took over the pairs skipping role with Arlidge and overcame Randall Watkins and Skellern, this time leading, 18-12. But as in the first round pairs match, dropping a costly five shots at a critical stage put Harbour on the backfoot.

White and Campbell teamed up for the second round women’s pair and ran out winners 18-13.

Tomsett skipped the four and this time had a ding-dong battle with Harbour, and the Bay combination finally edged ahead 13-12.

A reshuffled women’s four of Willis, Paul, Green and Eden were more competitive in the second round, losing 12-14. In the afternoon the Bay lost just one of the six Premier One matches.

In the Premier Two, the Bay men won two of their six matches and the women three out of six games.

The Bay has one more representative outing on day two of the Kaimai Trophy on February 20 before the final men’s and women’s seven is selected.