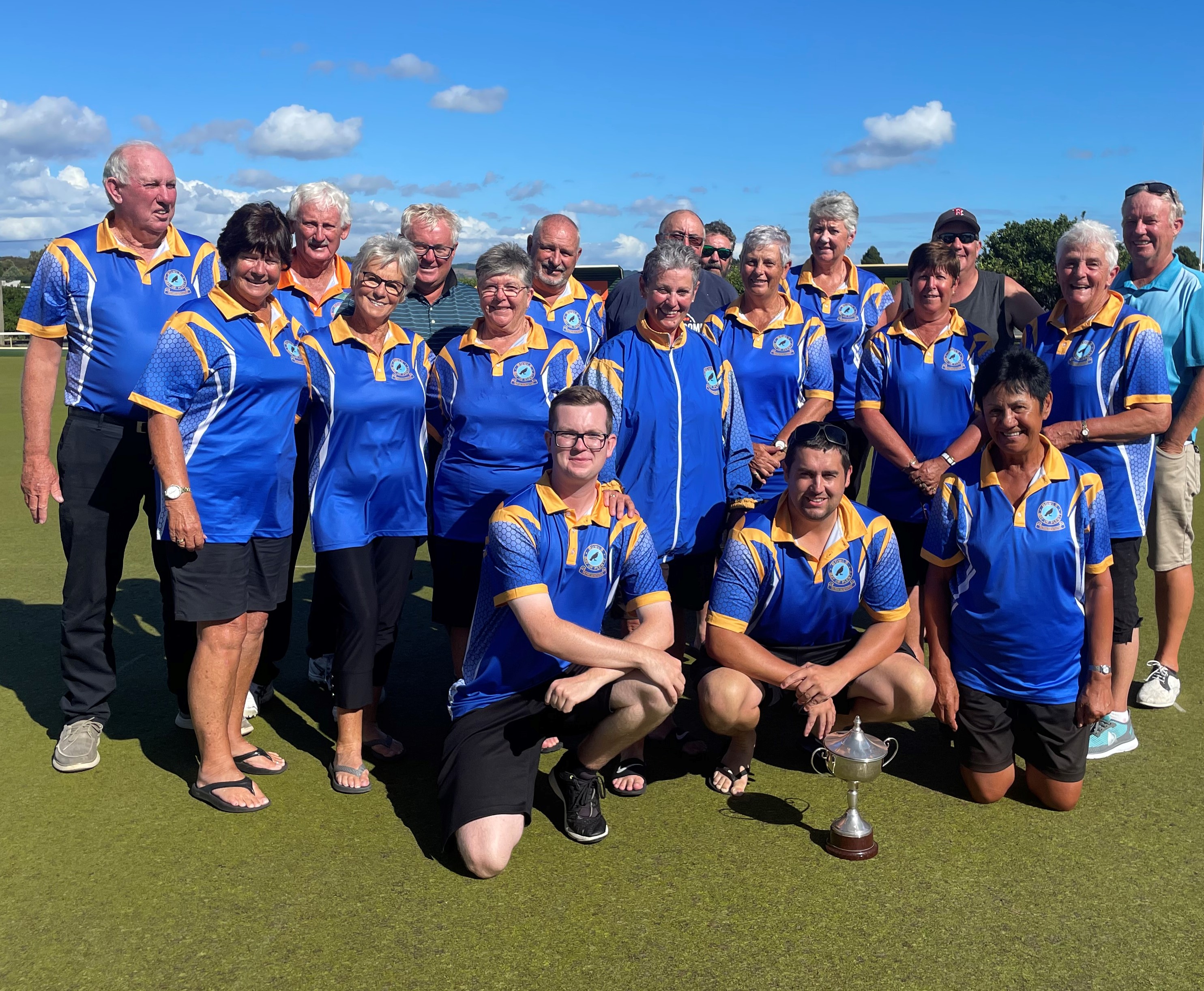 The Bay of Plenty teams completed another successful senior representative season with overall victory in the Kaimai Cup – and attention then turned to the national inter-centre qualifying.

Thames Valley just pipped the Bay Premier One Men but the women came through with seven wins out of nine matches at the Papakura Club on February 20.

The women won all their singles and pairs games, but there were two big losses in the fours as the selectors juggled the combinations. The Bay four lost 3-21 to Waikato and 8-31 to Counties-Manukau.

In the end, the Bay women finished ahead of Counties-Manukau with five wins, Thames four and Waikato three.

The Premier Two men, who lost all their final round matches, finished third with three wins behind Counties-Manukau with seven wins and Waikato five.

The Bay One to Five Year teams finished runners-up in the Geddes Trophy after winning five of their nine games. The men lost all three of their first round matches but came rattling back with five wins from six games. The women completed a cleansweep of matches in the third round.

In the women, Waikato were victors with six wins and a draw, with Thames Valley on four wins and two draws, and Counties-Manukau one win and a draw.

Because of the Covid situation, the national inter-centre championship has now been reduced to regional play-offs rather than all centres assembling for the final at North Harbour.

Bay of Plenty competes in the Zone 2 play-off at the Tui Park Club in Te Aroha on March 19 against Waikato, Thames Valley and Counties-Manukau, and the winner then goes forward to the national final of six centres in October.

The selectors named eight players for the men’s and women’s teams.

The men’s features the selection of the national fours titleholder John Gray, while the Burnside under 26 singles champion Anthony Ouellet misses out.