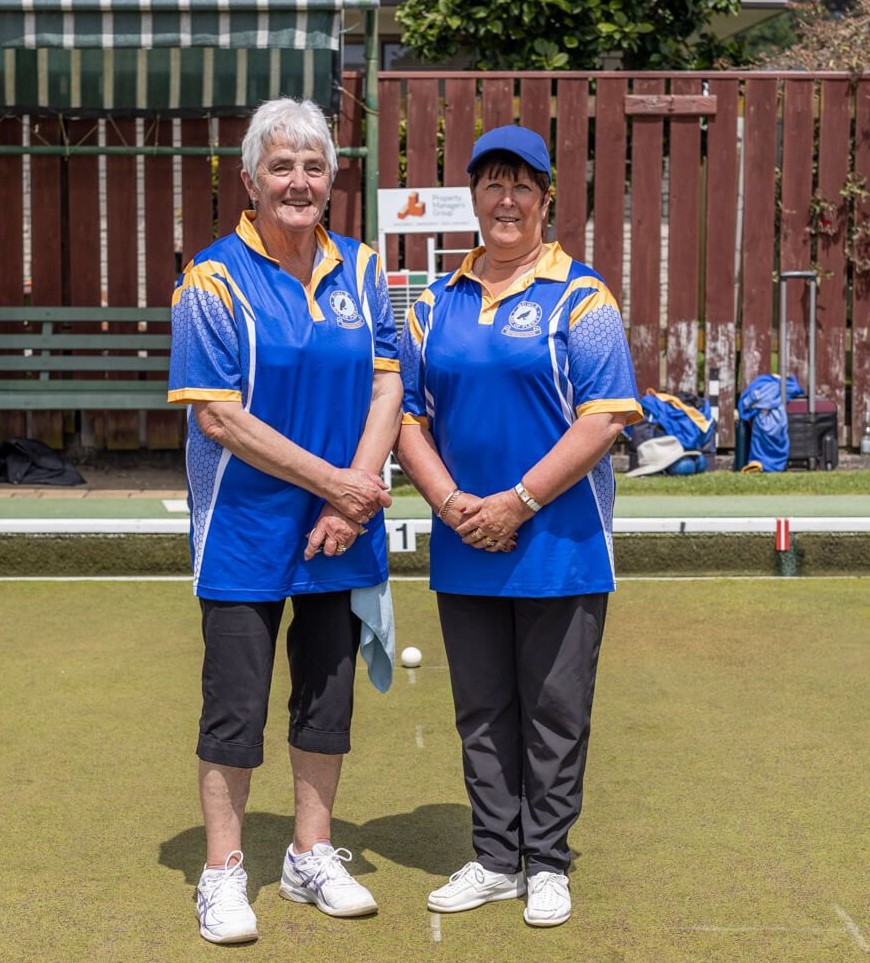 The established pairing of Wendy Green and Lynette McIntosh showed impressive form, winning all three matches on day one of the Kaimai Trophy.
go back

Green and McIntosh impressive for the Bay

The Bay of Plenty men's team put in an improved performance to lead day one of the Kaimai Shield against Counties-Manukau, Thames Valley and Waikato.

After a disappointing earlier head-to-head clash with Waikato in the Kidd Trophy, the Bay men won six of their nine matches at the Katikati club on November 29, just ahead of Counties-Manukau and Thames Valley with five wins.

In a reversal of form, the strong and normally consistent Bay women were upended by a rampant Counties-Manukau side who won eight of their nine matches to take a stranglehold on the representative quadrangular. The Bay collected five wins in second place. The second day of the Kaimai Shield will be held on February 21.

The Bay men got into stride by dominating all three first round matches, David Eades winning his singles 21-12, Nathan Arlidge/Dan Dickison taking the pairs 16-13, and Steve Hughes, Nick Tomsett, David Jones and Paul Anderson having an easy 21-6 win over Waikato.

It was closer in the second round, with Dennis Duncan losing his singles against Thames Valley's Adam Haywood 17-21, the pair of Arlidge/Jones just missing out against Waikato 16-17, and the four of Dickison, Hughes, Tomsett and Anderson scrapping through against Counties-Manukau 11-10.

The Bay men grabbed two wins in the third round. Tomsett won the singles against Waikato 21-14, Arlidge/Eades lost 17-22 to Counties-Manukau, and Dickison, Hughes, Jones and Duncan won the fours 15-10 over Thames Valley.

The Bay women were surprised by the force of Counties-Manukau. Sue Hodges lost to them14-21 in the first round singles, the four of Mina Paul, Hodges, Mary Campbell and Angela Stephen succumbed 10-13 in the second round, and the experienced pairing of Wendy Green/Lynette McIntosh restored some faith.

They overwhelmed Counties-Manukau 23-9 in the third round to cap off an impressive day. Kept together as a combination, Green/McIntosh beat Thames Valley 23-7 and Waikato 23-8.

The Bay of Plenty women's five years and under team led day one of the Geddes Trophy ahead of Waikato, while the men have plenty of work to do on day two on February 20 after trailling the field.