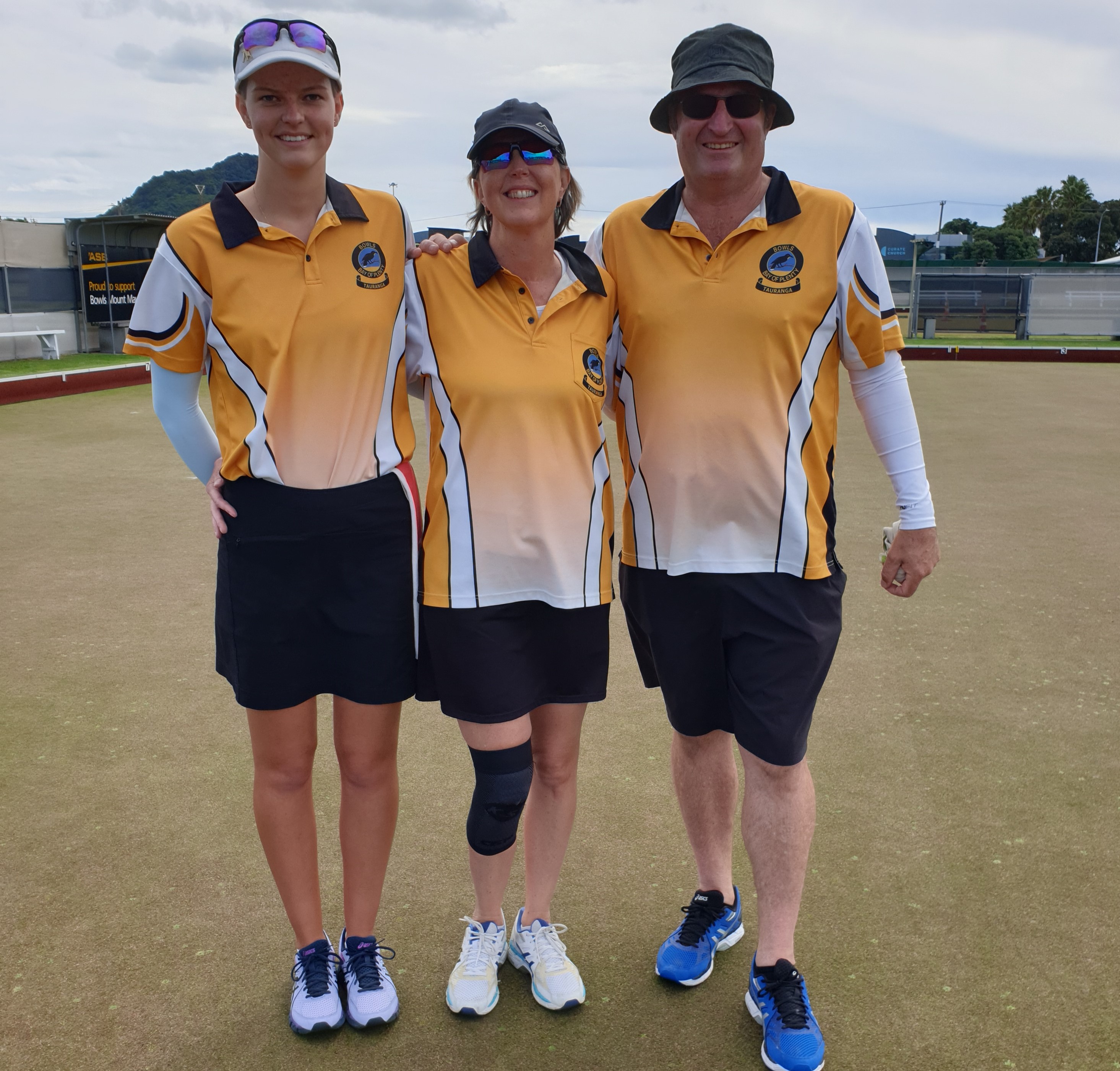 In the end the Tauranga Club combination of Cliff Webber, Angela Stephen and Caitlin Thomson (mother and daughter) proved the steadiest of them all in the quick-fire, cut-throat game of bowls 3Five.

They won the Bay of Plenty Bowls 3Five championship at Mount Maunganui on March 27 and qualified for the national final at the Naenae indoor green in Wellington on May 6-8.

After scraping through the qualifying with three wins from five matches, the Tauranga triple was solid in the post-section play, with each member backing the others up and playing their parts well.

Webber, Stephen and Thomson won the final in two sets 7-3 7-1 against the Mount’s Nic Tomsett, Meredith Pottage and Nathan Arlidge, who romped through the qualifying with five wins and didn’t concede a set. That was a magnificent run but not quite enough.

Thomson, still a junior bowler, had her best game in the final and matched well-performed Arlidge up front, making it difficult for Tomsett to score in tight ends.

Stephen won her first centre title and Webber captured his second championship of the season, having earlier won the singles. He is also in the final of the open pairs playing with Arlidge and should they win they will gain their Gold Stars for five titles.

The Webber-skipped side started the post-section play with a 4-2 7-2 victory over Tauranga clubmates Barry Cantwell, Gerald Lockett and Donna Whitten. Webber, Stephen and Thomson had to win a tie-breaker to beat Te Puke’s Jarrod Riley, Diane Smith and father Peter Riley 2-9 13-4 1-0.

Riley overcame Graham Skellern, Carolyn Tasker and Ben Thurston 2-5 8-2 1-0 in the quarter-finals after meeting and beating them in qualifying the day before.

Finally the Mount triple got into a skirmish against Taupo’s Dave Jones, Wendy Green and Rick Whittaker in the semi-final. Jones won the first set 4-2 and Tomsett played a superb forehand run and put the kitty in the ditch on the power play to secure the second set 9-6.

The Taupo combination was holding shot in the tie-breaker and unfortunately Jones moved the kitty on the draw, only to see it finish closer to a Mount bowl. The game can be cruel sometimes as a relieved Mount side won the tie-breaker.

Jones, Green and Whittaker beat the defending champions Dan Dickison and Mary Campbell, with Gayle Melrose in another tight quarter-final 4-9 6-2 1-0.