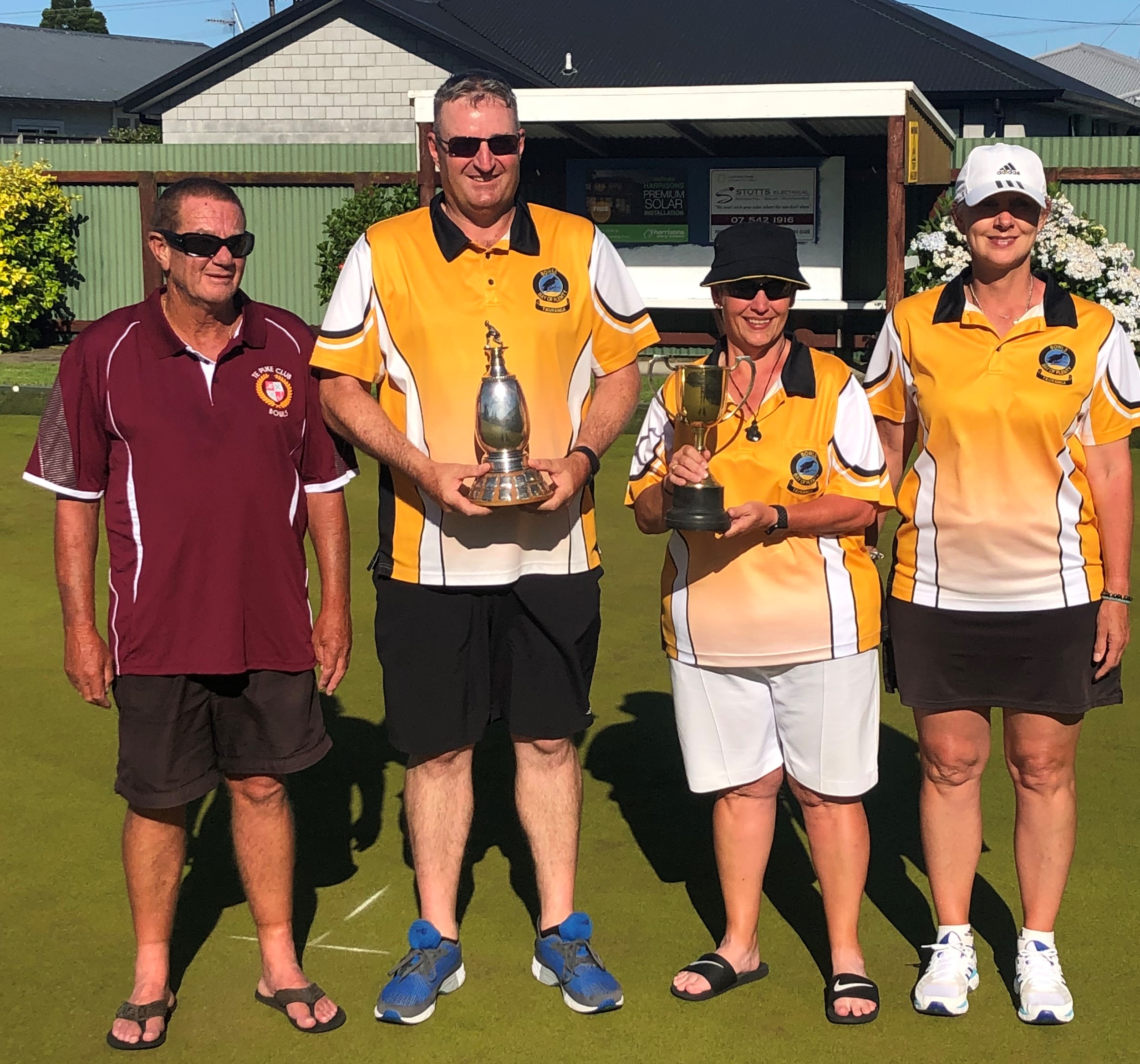 In-form Cliff Webber gave himself the perfect Christmas present by winning the Bay of Plenty men’s open singles and his third centre title in tenacious fashion.

“I had set out to win the Bay singles at some point in my career,” said Webber, a 10th year player at the Tauranga club. “I enjoy playing singles and because I practise so much I know I can draw.

“I was stoked to win the final but I was also proud of the way I fought back in the quarter and semi-finals. It proves to me that I have a bit of resolve.”

In fact, Webber had to fight hard from the last 16 beating John Gray (Te Puke) 21-19, and it stayed that way until he crushed another Te Puke player Graeme Ricketts 21-2 in a12-end final.

National squad member Debbie White won her first Bay of Plenty title, beating Jocelyn Holten 21-17 in the women’s singles final at Katikati. Interestingly, both bowlers play out of the Tauranga and Hinuera clubs, and White – a past national singles champion –is available for the Bay of Plenty representative side.

Webber staged an incredible comeback in his quarter-final against Burnside under 26 singles champion Anthony Ouellet (Tauranga South), who led 14-3.

“I just decided to peg him back with one point at a time. Anthony was starting to get the wobbles and I thought ‘hey, you are still up; I think I’m in with a chance here’ and just dug in,” said Webber. He dug in so well he won 21-19.

In the semi-final against Mt Maunganui’s Doug Russell, Webber led 7-4, trailled 14-8 and “dropped a bad four” to fall further behind at 18-8.

“When I got the mat I changed the length and took it short, and started nutting the jack. I just kept fighting,” said Webber. He reeled in a three, four twos and a single to lead 20-18. Russell picked up a single but Webber closed it out with a three on the last end.

In the final, Ricketts scored a single on the first and 10th ends but Webber, still playing the short ends, was now in full flow, scoring a four, two threes, four twos and three singles over 10 ends.

Ricketts beat experienced Steve Beel (Mt Maunganui) 21-16 in his semi-final. The score was tied at 7-all and 13-all before Beel edged ahead at 16-13. But Ricketts finished off the match with a three, two and three singles over the final five ends.

He is missing the national singles, pairs and fours championships because of work commitments. “I love the bowls competitions but I keep using up my leave for them.”

Debbie White had a battle on her hands against highly-promising Katarina Stepec (Ohope) in the semi-finals before winning 21-18. Stepec had earlier beaten Bay representatives Mary Campbell and Wendy Green.

Holten beat Kelly Alefaio, another bowler who plays out of Tauranga and Hinuera, 21-12 in the semi-final. The women’s singles championship was a tournament where the younger ones were starting to shine: