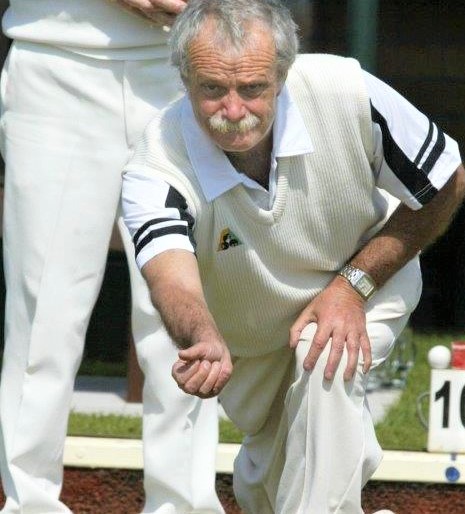 Winning three national Para titles in three seasons has earned Tauranga's Graham Skellern a spot in the New Zealand bowls team for the Commwealth Games in Birmingham in late July.
go back

Tauranga journalist Graham Skellern has reported four Commonwealth Games. Now, he has been handed a unique opportunity of leaving the press bench and stepping into the arena of competition.

Skellern, who plays out of the Tauranga Club in the Domain and is a centre board member, has been named in the New Zealand Para men’s pair for the Commonwealth Games at Birmingham, England in late July.

He is playing with twice Games representative and silver medallist Mark Noble, of Palmerston North.

Bowls Bay of Plenty President Bill Murphy said “it is excellent news for the sport in our region and Graham’s selection is well deserved, coming on top of his very good recent performances at national level. We wish him every success at the Games.”

Skellern is the first Bay of Plenty lawn bowler to be selected for a Commonwealth Games, though three others before him (Irene Foote, Sid Giddy and Mary Campbell) have played in the World and Asia-Pacific Championships. Patsy Jorgensen twice went to the Commonwealth Games when she was living in Hawke's Bay.

Skellern prepared for the slower greens in England by practising on the manicured croquet lawns at the Mount Maunganui Club and on a specially-prepared rink on the private cricket ground behind his home at Matapihi.

“The slower paced surfaces required an adjustment to my delivery but the hours of practice since last winter worked out fine,” he said. “I’m so grateful to the Mount croquet club for allowing me to use their facilities.

"It's been an exciting journey and I'm so looking forward to representing my country at the highest level of bowls competition and winning a gold medal. Mark (Noble) and I have a genuine chance in the pairs.”

Skellern fought back from a family tragedy when his son Matthew, who was diagnosed with bipolar, committed suicide. “I just re-focussed my energy and goals into bowls to help overcome the loss and grief.” Skellern wrote extensively to increase the public awareness and understanding of mental health.

An experienced player of 40 years, he was reporting the bowls at the Games in Brisbane in 1982 for The Dominion and Sunday Times and decided he could do as well as many of the bowler she was watching.

Skellern, who moved from Auckland to Tauranga 22 years ago, became immersed in bowls, competing nationally at all levels.

He won three regional Superbowls singles titles, was a semi-finalist in the New Zealand open championships three times, finished in the last eight and 16 numerous times, and became a long-time inter-centre representative for Counties-Manukau, Bay of Plenty and North Harbour.

His bowling world opened up when Para bowls was added to the Commonwealth Games, and he has won three national disabled titles in the last three seasons, as well as being runner-up in the Australia Open Para pairs last June. .

“When I realised the opportunity, representing New Zealand in bowls became the ultimate dream. I am so excited playing back in England – having spent a season there in Cambridge in the late1980s – and we have every chance of bringing back a gold medal for New Zealand,” said Skellern, a former sports editor and now business writer for the New Zealand Herald.

Skellern contracted polio at the age of six months – “my parents at first didn’t know what it was”– and the disease has never held him back.

“I’m just grateful that my polio wasn’t worse and that I was able to walk and compete. I’m sports mad and the only time the polio held me back was when I missed out an age-group representative rugby team.

“I was a halfback and I asked the selector why I missed out and he replied ‘you are too slow getting back to the rucks and distributing the ball’. I guess that was a stark reminder to my disability but it made me more determined.”

At New Plymouth Boys’ High, Skellern played cricket and tennis during the summer, and rugby in the mornings and soccer in the afternoon during the winter. He was in the school first cricket eleven in his final two years, and became the Taranaki junior tennis champion, having spent most of his holidays with friends rallying at the Huatoki Tennis Club.

Three of his mates were sons of successful Taranaki lawn bowlers – Barney Spurdle, Bruce Johns and Doug Rowlands. “I first got interested in the game when we took a break from tennis and went down to the Paritutu club, peered over the fence and watched the Taranaki Open fours in action,” Skellern said.

He also fitted in squash and badminton after school and started playing golf. But during school hours he sneaked down to the local snooker parlour. One day he was potted in his school uniform and hauled off to the headmaster who threatened him with suspension if he repeated the exercise.

With him in front of the headmaster was his snooker opponent who ended up being Dux of the school.

A News Journalism graduate from Wellington Polytechnic, Skellern has mixed sports and business writing with competitive bowls. Often, he would have to rush from the bowlinggreen to meet his reporting commitments and deadlines.

There was no time for after-match drinks in the club house to celebrate an enjoyable and competitive day on the green. “I’m going to make sure there’s time for celebration in Birmingham,” said Skellern.