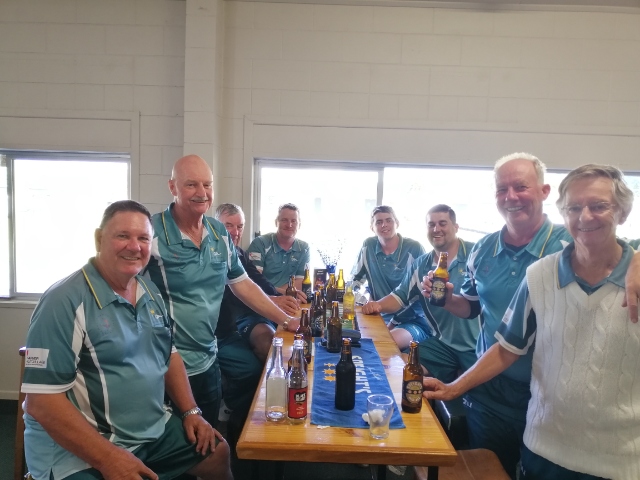 Mount men and Ngongotaha women on their way to Christchurch

Mount Maunganui men and Ngongotaha women will represent the Bay in the national inter-club final in Christchurch from April15-18 following a tumultuous weekend of Baywide Sevens inter-club.

The powerful Ngongotaha B women were dominant in the play-off at the Tauranga South club, winning eight of their nine matches to finish well ahead of Katikati, South Snappers and Ngongotaha A.

But there was controversy in the men’s four-team play-off at Ngongotaha when the Tauranga club failed to produce a full team for the second day’s play.

Overnight, one of their players pulled out with a knee injury and told the management but Tauranga Black – the club’s second team –turned up with six players. The singles and pairs played the first round while the remainder of the fours team sat on the sideline.

Then one of the players decided to leave the competition, and Tauranga Black forfeited all their matches. Not a good look for the Tauranga club.

Points differential were scrapped for the defaulted Tauranga matches, and the contest ended in a tense finish, with Mount Maunganui, South Hammerheads and Taupo all finishing with six wins and 18 points.

In the deciding third round, South headed the Mount by winning the pairs 17-13 and the fours 13-12 but Mount’s singles player Steve Beel made all the difference, beating Dennis Duncan 21-17.

The Mount side of Beel, pairs Nick Tomsett/Nathan Arlidge, and fours Kevin Maxfield, John Simon, John Simon and Paul Anderson won through with a plus 39 points differential – thanks to two resounding first round wins against Taupo in the pairs 25-8 and the fours 27-2.

South Hammerheads finished with plus 11 points differential and Taupo minus 50.

The Ngongotaha women stacked with representative players were in commanding form. The pair of Wendy Green and Lynette McIntosh continued their impressive form, winning their matches 19-10, 26-10, 24-11.

The four of Mere Eden, PK Tamehana, Lillie McGregor and Mina Paul were equally impressive, winning 23-5, 27-8, 22-9. In the third round against Janet Alexander’s Katikati team, Ngongotaha were soon behind 5-0 but then picked up two fours and a three to lead 11-5 and never looked back.

Ngongotaha B finished with 24 points, Katikati 13,South Snappers 10 and Ngongotaha A 6.