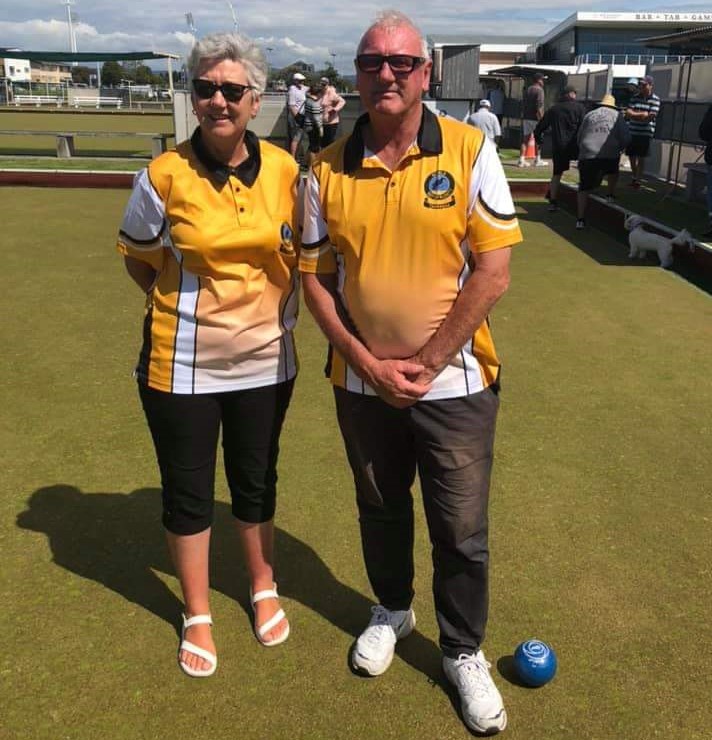 Winners Sue Hodges and Steve Hughes were in impressive form at the centre mixed pairs championship.
go back

Sue Hodges and Steve Hughes take the next step up

After reaching the semi-finals last season, they powered into the final and won the title, beating John O’Brien and Raewyn Willis 14-11 in a closely-fought match.

Hodges and Hughes were in impressive form, heading off the Papamoa husband and wife combination, Gary and Lynne Bodger, 15-13 in the last 16; then beating David Eades and Julie Kerry 20-6 in the quarter-finals after picking up two fives; and overcoming fellow clubmates Cliff Webber and Angela Stephen in the semi-finals.

Hodges, who moved to Tauranga from Dunedin, has quickly gathered 11 Bay of Plenty titles, including the women’s open fours three times in a row between 2017 and 2019. Hughes is getting closer to his Gold Star with four centre titles.

The new combination of O’Brien and Willis put in a fine performance. Both have recently joined the Mount Maunganui club – in Willis’ case through the closure of Omanu – and they didn’t waste any time making an impression.

They beat Ben Thurston and June Smith in the quarter-finals 15-9 and then Eric Patillo and Barbara Kimber in the semi-finals. The experienced Willis, a long-time Bay representative, showed she has lost none of her touch after missing a couple of seasons through injury.

The defending champions Mary Campbell and Dan Dickison, winners of this event three times in the past four seasons, were well beaten in the last 16 by a strong drawing duo Webber and Stephen 17-7.