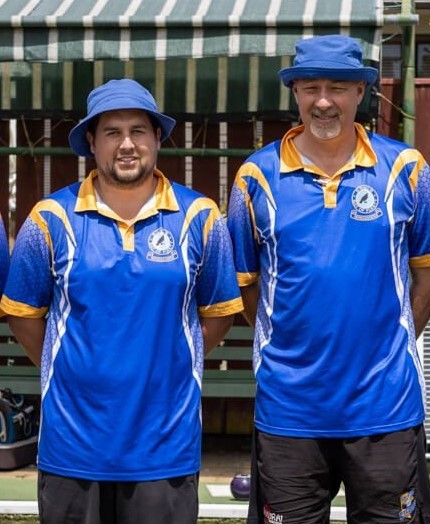 Nick Tomsett and Dan Dickison's great run at the national pairs ended in the semi-finals with a heart-breaking one shot loss.
go back

In-form Bay bowlers became the giant-killers at the Summerset national singles and pairs championship in Auckland from January 2-8.

The hot Tauranga pairing, however, found despair in the semi-final against Royal Oak's Mike Bradshaw and John Carruthers. Ahead by two shots playing the last end, Carruthers drew three close bowls and Dickison and Tomsett were unable to reduce the count, losing 15-14.

Still, it was a meritorious performance, and Tomsett achieved his second successive third equal placing, after making the singles semi-final in Christchurch last year.

Tauranga's Graham Skellern, skipping his longtime friend Brett O'Riley, reached the last 16 of the pairs, after taking out New Zealand squad members Sheldon Bagrie-Howley and Taylor Horn in the first round of post-section.

Skellern and O'Riley made New Plymouth's John Garrud and Neil Candy concede on the 13th end and then met their own heart-break in the last 16.

They led all the way against South Canterbury's Tom Taiaroa and Marshall Stoddart and Taiaroa made some crucial late conversions to level the score 16-all playing the last end. Taiaroa then rubbed off a bowl and finished right behind kitty, and Skellern missed the drive to kill the end and lose 17-16.

Skellern then headed off to play the disabled events and came away with his second national title in two seasons - this time the pairs skipping Christchurch's Bruce Wakefield who collected the double by wining the singles over Waikato's Linda Bennett.

When Skellern beat Rotorua's Kevin Asplin and Bennett 18-8 in the pairs final at Sunnybrae at 8pm, it was his 20th exhausting game in six days.

Past national open titleholder Asplin was playing his first disabled tournament and beat the defending champion Skellern in the singles quarter-final before falling to Bennett 21-18 in the semi-final.

John O'Shea proved too much for the world singles champion Shannon McIlroy (Nelson), winning 21-12, and O'Shea then lost to eventual finalist Rory Soden (Auckland) 21-15 in the last 32.

With the benefit of a bye, Tauranga's David Eades scraped past Auckland's Kevin Beasley 21-20 and then upset 15 times national champion Lawson 21-10. Eades finally went out in the last 16 to highly-promising Keanu Darby (Timaru) 21-17. Tauranga South's Dennis Duncan also had a strong run in the singles, making the last 32.

On the women's side, past national champion Mary Campbell (Tauranga) lost to Auckland's Rima Strickland 21-4 in the last 16 of the singles, and then combined with Ngongotaha's Mina Paul to reach the last 32 of the pairs before falling to the New Zealand squad members Taylor Bruce and Clre Hendra 19-24.