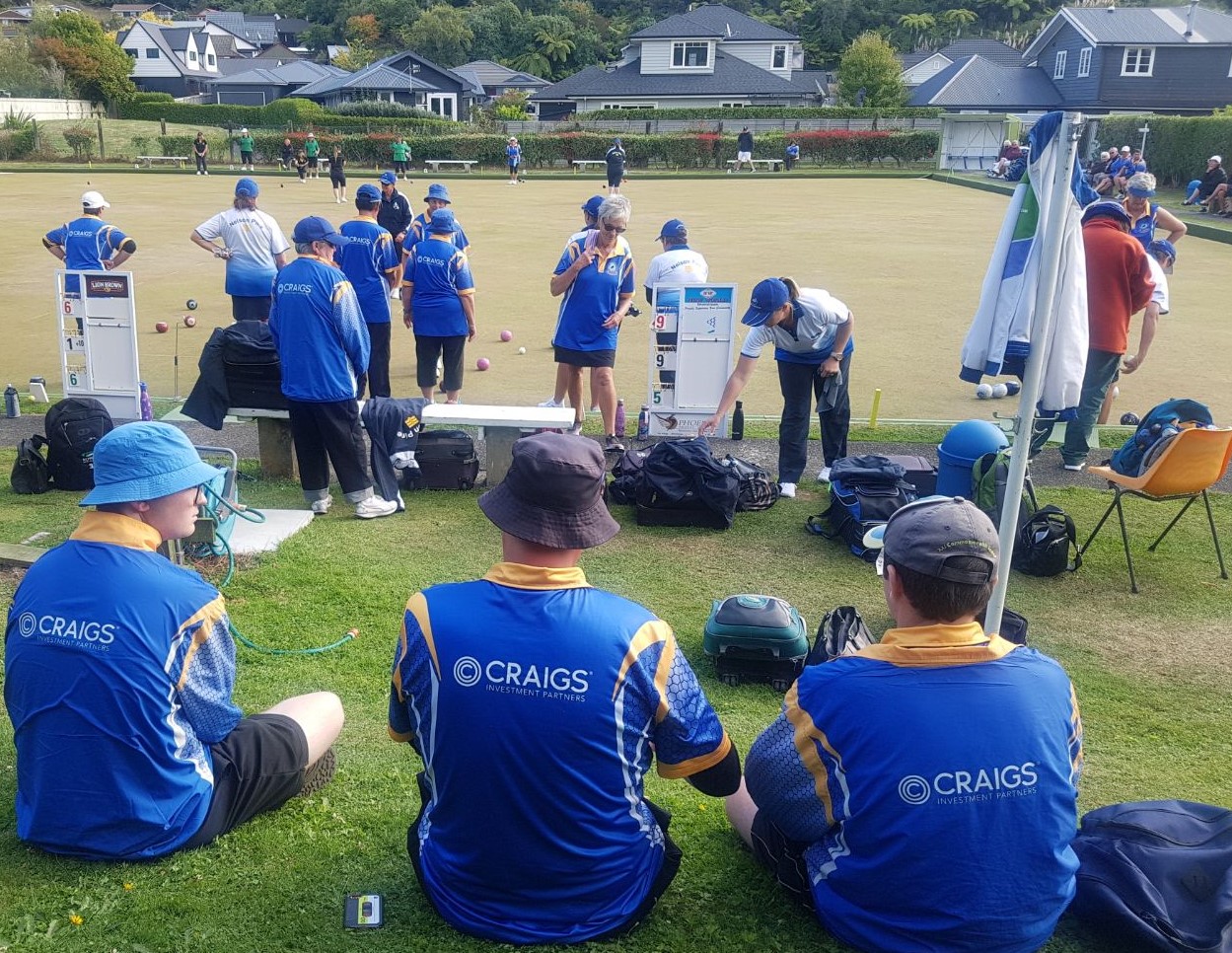 The quarter-final action takes place at the Silverstream club, with the Bay of Plenty women just missing out against eventual winners Nelson.
go back

The Craigs Investment Partners-sponsored Bay of Plenty women's team faced heartbreak at the national inter-centre championships in Wellington from March 18-21.

The Bay women, former winners of the event, were totally dominant in their section qualifying play and then lost to the eventual champions Nelson on the last bowl of the quarter-final pairs match at the Silverstream club.

In the dramatic last end, Wendy Green and Lynette McIntosh were behind 12-10 when the Nelson lead trailled the kitty to McIntosh's bowl sitting near the edge of the rink. Green drew superbly within centimetres to add the second shot and at that moment secured the draw for an extra end to decide the thrilling contest.

But the Nelson skip, longtime international Val Smith didn't have an extra end on her mind. Smith ran on the backhand with her final bowl and just clipped the Bay bowls on the boundary. The kitty sprung forward and Nelson picked up the 13-10 win.

Sue Hodges fought hard in the singles against World and Commonwealth Games champion Jo Edwards. Hodges held early leads with consistent drawing, but Edwards used all her experience and determination to claw her way back into the game and won 25-21.

It was Hodges first loss of the tournament, having gone through the qualifying unbeaten in five games including beating international Selina Smith (North Harbour) 25-18. The Willis-skipped four was also outstanding, finishing qualifying with an unblemished record.

The Bay women dropped just two games - Green and McIntosh's last two pairs - to head their section with a maximum 10 match points and 13 game points, ahead of North Harbour with 5 and 8.5, and Central Otago 5 and 7.

The favoured Bay of Plenty men dropped out of contention after a disappointing final day of qualifying at the Island Bay club. They were in a sound second position after five of the seven section rounds but then lost to Counties Manukau and South Canterbury two matches to one in the last two rounds.

Whanganui came through to join Canterbury in the final eight. The Bay men eventually finished fourth in their section with six match points and 9 game points, with South Canterbury also overtaking them.

Singles player John O'Shea had a frustrating tournament, winning one of his six matches though he took Canterbury international Andrew Kelly to 25-24.

The pair of Nick Tomsett and Nathan Arlidge had three wins, and the four of Dan Dickison (skip), Steve Hughes, Anthony Ouellet and Brendon Brill maintained their consistency, winning five of their six matches.