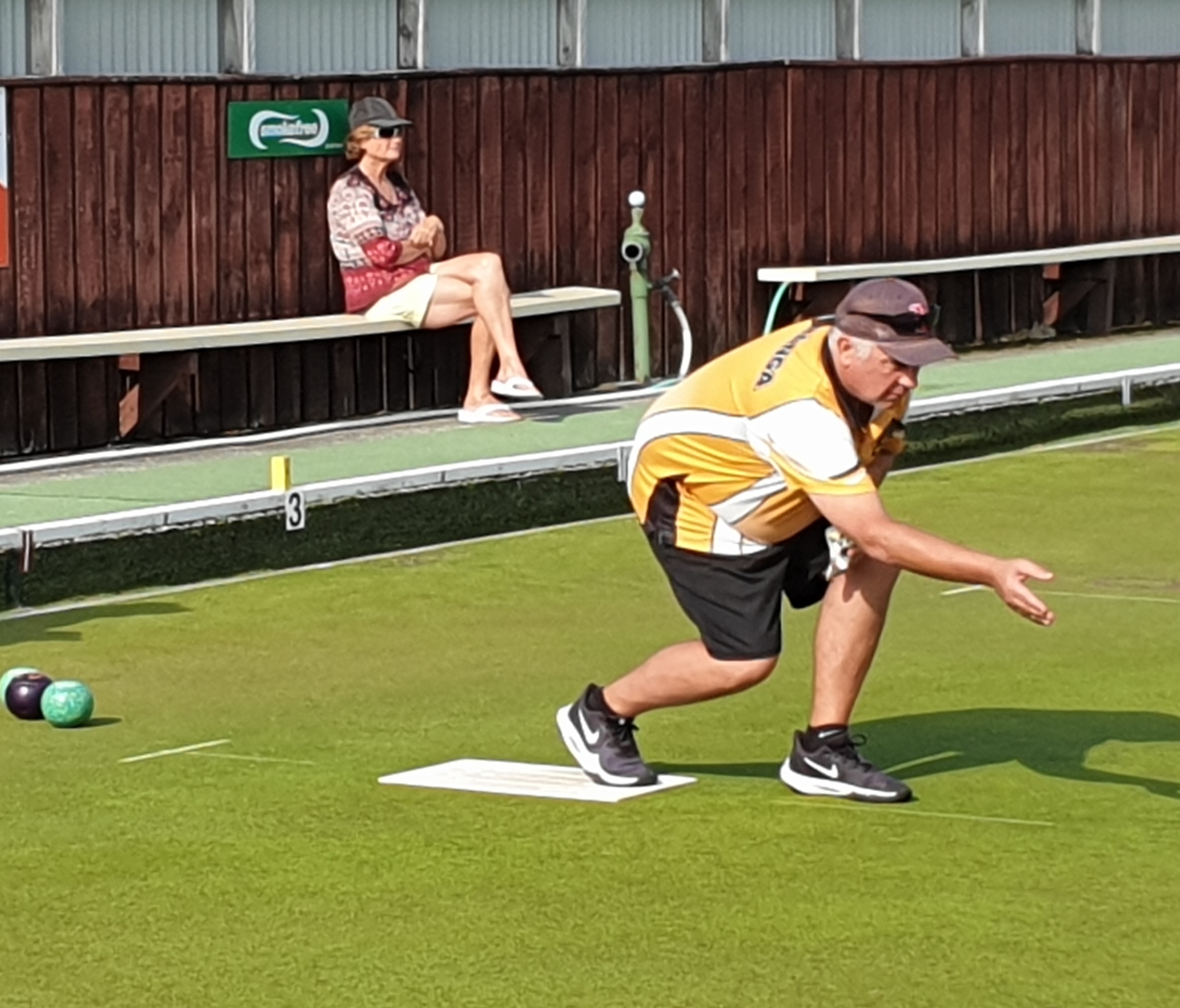 John O’Shea, a regular Bay representative, put on a superb display of drawing on different green speeds to land two notable centre champion of champions titles over the weekend of April 3 and 4.

First, he won the champ of champs singles, beating Papamoa’s gallant Ron Crimlis 21-20 in the final on the slower Tauranga South surface.

Then, O’Shea skipped Lance Tasker to overcome the strong Mount Maunganui combination of Nic Tomsett and Steve Beel 13-9 in the final of the champ of champs pairs on the faster hometrack at the Tauranga Domain.

It was a big weekend of celebration for the Tauranga Club which collected all four titles on offer. Sue Hodges, another established rep player, beat Ohope’s Christine Allan 21-10 in the final of the women’s champ of champs singles.

Bay selector Gayle Melrose and former international Mary Campbell ran away with the pairs championship, beating Katikati’s Hein Mack and Kim Kenyon 22-8 in the fading light at the Mount Club.

O’Shea had to call on all his experience and resilience to finally wear down his former clubmate Crimlis, who lead 20-16 in the final.

O’Shea jumped out to a 9-2 lead but the match tightened up at 10-all. O’Shea still led at 15-12 and Crimlis overcame a pesky bee to draw three shots, with O’Shea missing a forehand runner on his last bowl.

Crimlis raced to18-15 lead after picking up another three shots but O’Shea picked up a vital triple to trail 20-19. Then O’Shea’s drawing prowess came into play with two close bowls on a tight, final end and Crimlis couldn’t reduce the count. A couple of different shot selections by Crimlis on the last two ends could have made a world of difference.

In the pairs final, there were several occasions when O’Shea closed down opportunities for Tomsett and Beel with precise and telling draw shots. The Mount pair jumped out to a 5-2 lead but the match was level at 7-all after 10 ends.

The experienced pairing of O’Shea and Tasker then kept things tight to lead 12-7 after 13 ends. Though Tomsett and Beel picked up singles over the next two ends, fetching a three on the final end was a bridge too far.

The Tauranga women were in outstanding form to record convincing victories in their events. Hodges beat fellow Bay representatives Wendy Green and Raewyn Willis 21-15 on her way to the final.