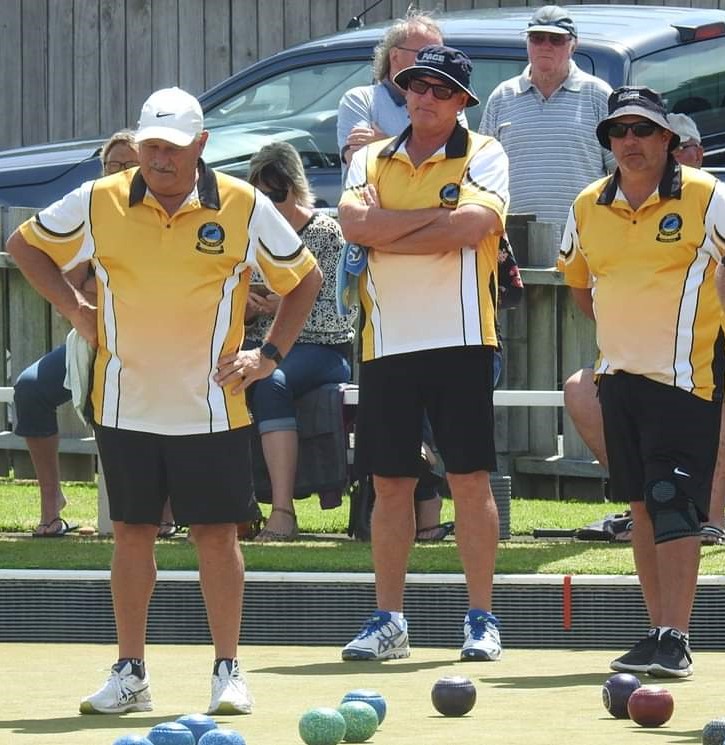 The Tauranga men and Ngongotaha women fell just short in their quest to qualify for the national interclub sevens final in Wellington in November.

The men needed to beat Manurewa Cosmopolitan and the women Thames Coast in the deciding third round of the Zone 2 qualifying at the Te Puke Club on April 9. Manurewa won 2-1 and Thames 3-0 in an impressive display to reach the final six with five other regional qualifiers.

Thames Coast finished with 6 match points and seven games to Ngongotaha’s 3 and 4.5 (including a draw), Hinuera 1 and 2.5, and Manurewa 0 and 1.

In the men, Manurewa Cosmopolitan recorded 6 match points and 6 games, Frankton Junction 3 and 4.5, Tauranga 2 and 4, and Coromandel 1 and 3.5.

Ngongotaha started out with a draw against Hinuera with the pair of Wendy Green and Lynette McIntosh beating Karen de Jongh and Jocelyn Holten 27-16 and the four of PK Tamehana, Lillie McGregor, Mina Paul and Mere Eden drawing 16-all.

But in a big turnaround the more favoured Ngongotaha was outclassed by Thames, with Smith falling to Val Mathews 21-2, Green and McIntosh just losing 13-12 and the four being overpowered 25-8.

The Tauranga men started with a 1-2 loss to Frankton Railway with singles player John O’Shea losing to Will Bennett 21-13 and the pair of Dan Dickison and Lance Tasker just missing out against Allan Bowler 16-15 after needing a three on the last end to draw.

The four of Steve Hughes, Graham Skellern, Ben Thurston and Cliff Webber, unbeaten all day, beat the Frankton combination 21-6. They then overcame Coromandel 28-6 and Dickison and Tasker got in to full flow winning 29-8.

O’Shea’s recent winning form was escaping him as he lost to Colin Gawith 21-15. O’Shea would be right in his games through the middle but couldn’t capitalise over the crucial final ends.

In the crunch game against Manurewa, O’Shea lost to Roger Andrew 21-13 and Tasker and Dickison were in a tight tussle with Shane Drabble and Steve Bicknell. They couldn’t quite pull it off with Drabble’s accurate driving rescuing some ends – and Manurewa won the crucial pairs 14-12.

At that stage the Tauranga four was ahead of the David Clark-skipped side 9-8 and there was no need to complete the match.

The next day O'Shea was back to his winning form skipping Tasker to lead all the way and beat Nathan Arlidge and Cliff Webber 18-8 in the final of the Bay men's pairs at Mount Maunganui. It was O'Shea's third centre title of the season.